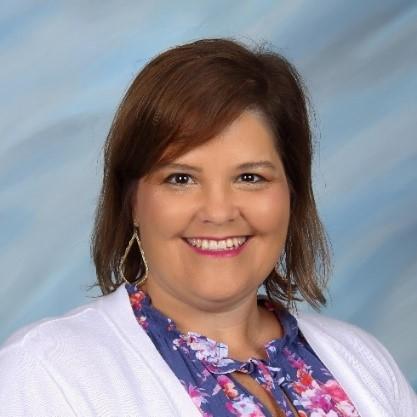 A native of Columbus, Jennifer Ackerman David grew up attending St. Mary’s Catholic School and attending Annunciation Catholic Church. A lifelong Catholic, Mrs. David has spent her career in Catholic education.  She received her Bachelor of Science in Elementary Education from Mississippi University for Women in 1995 and holds a Master of Education with an emphasis in Catholic School Leadership from Marymount University. During her 18 years at Annunciation Catholic School, Mrs. David taught 1st, 5th, 6th, and Middle School Math and served as the Assistant Principal for five years.  Following her tenure at Annunciation, Mrs. David served as Principal at St. Patrick Catholic School in Meridian for three years. Mrs. David is in her third year as Principal at St. Richard and is proud to be part of the Cardinal family.  Mrs. David and her husband are the proud parents of three daughters and attend St. Richard Catholic Church. In her spare time, she enjoys spending time with her family and watching her beloved Green Bay Packers. 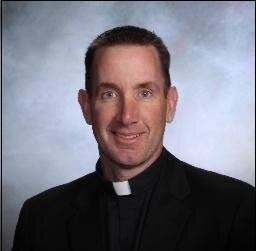 A native of Nebraska, Father John is a life-long Catholic. He was educated at St. Mary’s School in O’Neill, graduating from there in 1983. After serving 4 years active duty in the U.S. Army, he attended the University of Nebraska – Lincoln, where he graduated with a Journalism degree in 1990. Father John moved from Nebraska to Mississippi in early 1991 to work at The Clarion-Ledger newspaper. During his time as an advertising sales representative at the newspaper, he discerned a call to the priesthood. He began his theological studies at Mundelein Seminary in suburban Chicago, Illinois in the fall of 1992, and was ordained a priest for the Catholic Diocese of Jackson, Mississippi in May 1997. During his 21 years of ordained ministry, Father John has served as Associate Pastor of St. Joseph Church in Greenville, Associate Pastor of St. Richard Church in Jackson, Pastor of St. Elizabeth Church in Clarksdale, Pastor of St. Joseph Church in Starkville, and Associate Pastor of St. Patrick’s Church in O’Neill, NE. He has been the pastor of St. Richard Church since July 1st, 2015.  In his free time, Father John likes to fish, play golf, and spend time in Starkville following Mississippi State athletics.